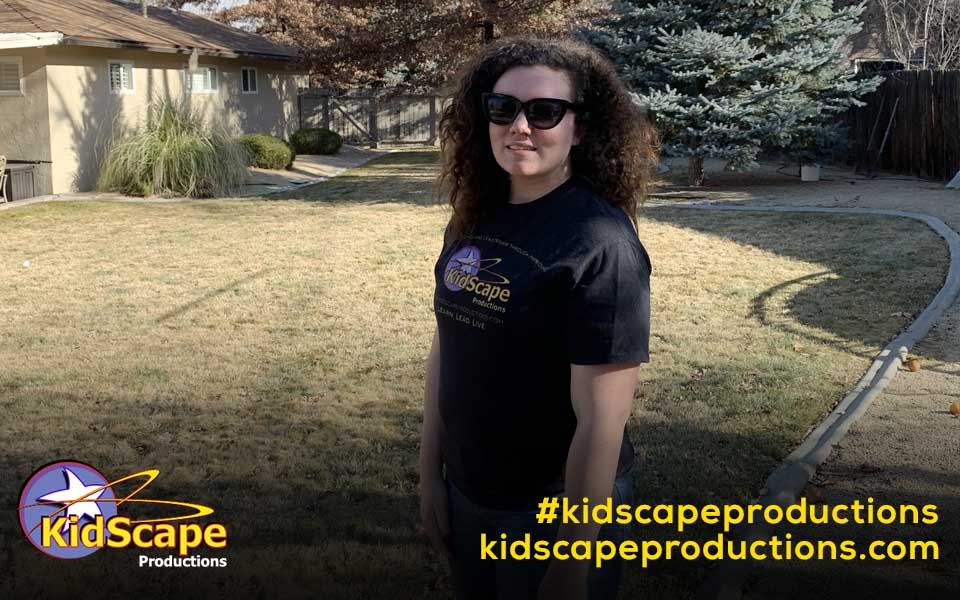 Kidscape Productions has influenced every aspect of my life. I started KidScape Productions when I was only in the sixth grade, and every year since I have gained the necessary leadership and communication skills to excel at every opportunity that comes my way. My first introduction to KidScape Productions was going to improv classes every Tuesday after school. At that time a lot of the kids had been a lot older than me and I thought that would make me more nervous but instead the other kids found ways to allow me to participate in the games and by doing so taught me about improv and created a welcoming environment. When I was in elementary school I wasn’t as outgoing and I used to be shy. KidScape Productions opened the door to a world where I could try new things and not worry as much about rejection or what other people thought about what I was doing.

One of my favorite things about KidScape Productions is their one week plays that they put on. I think I was in middle school when I got involved in my first show with Kidscape Productions. I was ‘Glinda’ in ‘The Wizard of Oz.’ Not only was this wonderful experience incredibly fun but it required me to learn my lines in about three days because the show was on the last day of the camp. Although, I don’t think I had my lines perfectly memorized by then I had the necessary improv skills and confidence to make my scene work.  I also had glued my lines to the back of a lollipop wand I had as a prop. I was able to do this because I had enough of my lines memorized and understood my character enough to utilize this tactic. Although, I clearly wasn’t completely prepared to recite my lines by memory perfectly due to the short time frame for memorizing my part in the show, I made it work. Kidscape provided me with the necessary tools to pull it off. They say fake it til you make it and that is exactly what I did and now have the power to do. I realized that the audience doesn’t know what my lines are, so they won’t know if I don’t say them exactly how they are written. By believing in myself and ultimately believing in the character I was portraying I was prepared to perform. These tools that I gathered from this experience and a multitude of others from Kidscape not only impacted and helped me with theater in high school but also everything in my everyday life. 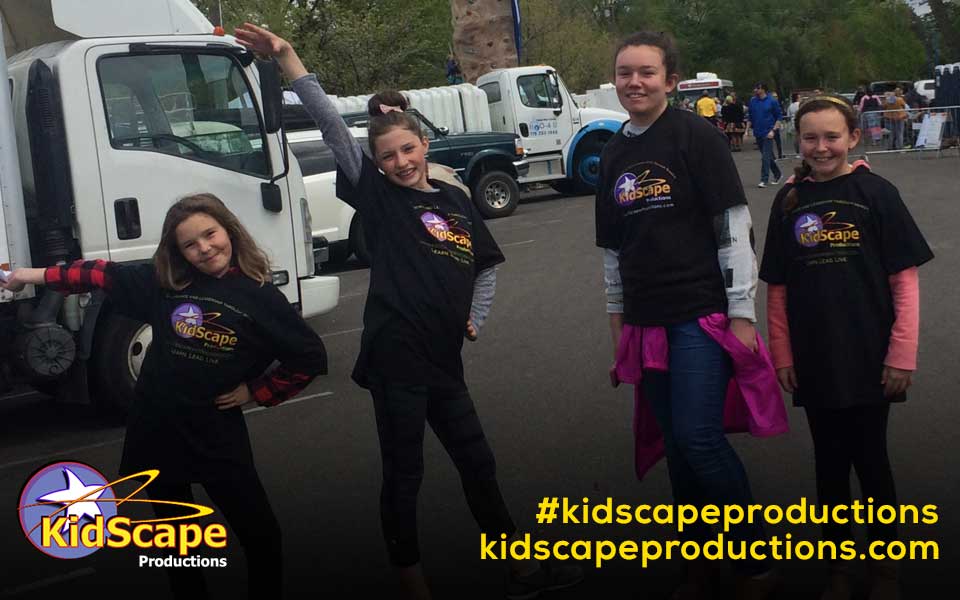 After this show, I did about four other shows with Kidscape besides going to the Tuesday improv classes. I learned something different with each show. Everything that I learned helped me succeed in high school and introduced me to theatre.  I had been prepared for high school where I have been involved in four shows and it has become one of my favorite things in the world. Kidscape enhanced my performance skills and helped me not only in theater, but also when I competed in two pageants and ran for Student Body Vice-President, amongst other things . I don’t know what my life would look like right now without Kidscape. I can honestly say that I am thankful for the experiences, lessons, and opportunities this program has brought me.

All of KidScape Productions camps, classes and workshops help participants hone in on life skills that work on and off the stage. Each lesson is infused with social emotional understanding and regulation, skills and confidence in presenting, consciousness in actions and love for self.  KidScape Productions offers in class workshops, after school programming, private lessons and out of school time camps. For more information on how to be part of our kSp family, email [email protected]. You may also join us on social media at https://www.facebook.com/KidScapeProductions4u/ and @ksp_Reno 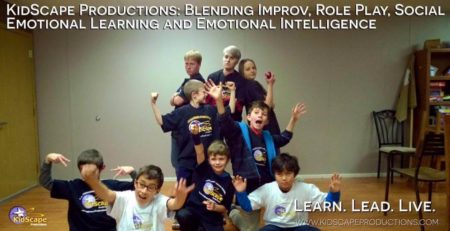 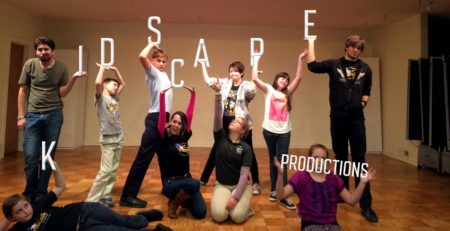 Improv & Role Play to enhance social skills in adolescents and adults with or without ASD! Those who are challenged... read more

Did you know that during the summer students may lose up to two months of learned skills?  Summer “learning... read more 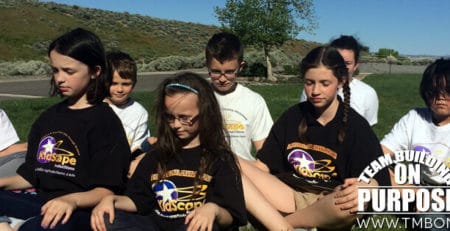 *STOP* – *BREATH* – *ACT* The importance of the breath and slowing down!

Today’s world is speeding along at an undeniable rate making it increasingly more important to instill peace, mindfulness and... read more

Get a “look” and jump on our You Tube Channel!

Jump onto our You Tube Channel Get a “look” at what we do, why we do it and why we... read more 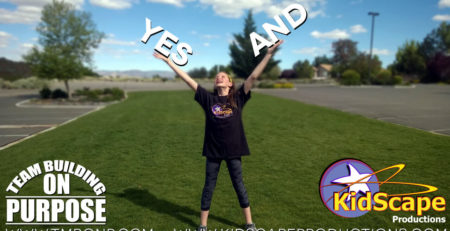 The power of “Yes, and” in the classroom and beyond!

“Yes” (Agreement) and the “And” (What happens next/building on an idea) propels creativity, critical thinking, collaboration, communication and social/... read more 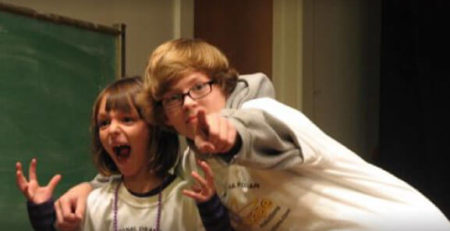 Got Confidence? ***Lead a happier and healthier life*** (Now international!)

People who are confident and articulate are better equipped to develop successful relationships throughout their life. KidScape Productions teaches... read more 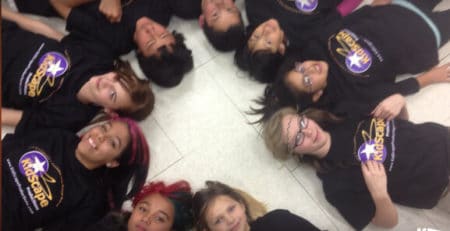 Being able to “relate” in our relationships becomes the architecture of our personal and professional lives.   Over the past few... read more 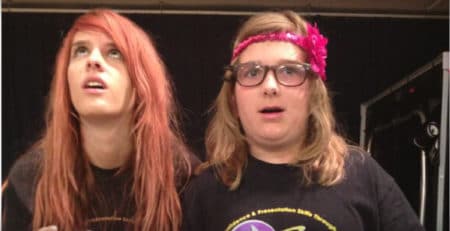 Still time to jump into our California improvisation camps in Truckee, CA and Tahoe City, CA (USA) Get ready to... read more

7 Reasons To Get Children Involved in Applied Improv As Young As Possible November 23, 2020