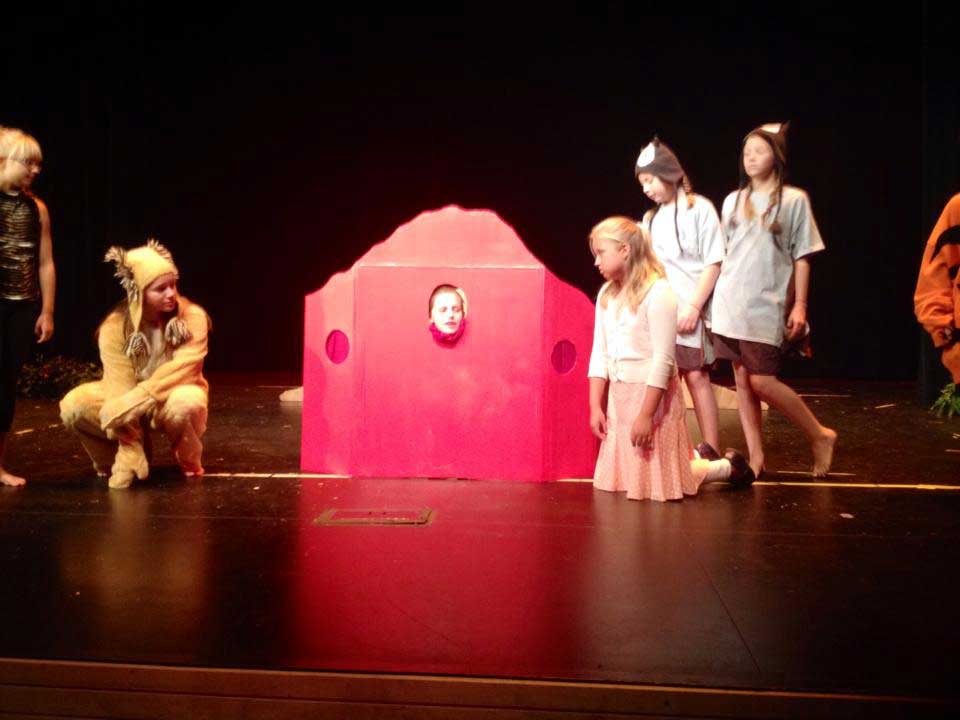 Twenty years ago, Christiana Frank founded KidScape Productions (kSp) at the At-Risk Youth Division of the New York City Police Department. Currently, in Northern Nevada and Northern California kSp works with 1000-1400 students every week. Many of their past and present students have learned that they improvise all the time in their daily interactions. kSp’ focus on applying that improvisation helps students learn tactics that enhance these interactions and offer them opportunities that they may never have had otherwise. 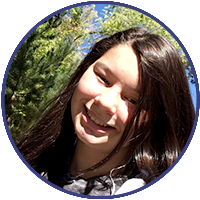 One of those students is 15-year-old Eliot Current, a high school freshman who now works as an intern for the very same company that taught her many of the skills she uses to succeed in her daily life. She credits kSp not only with her confidence and ability to take on life’s challenges, but also with a place to come to when those challenges become overwhelming.

“It makes everything so much easier,” Eliot said. “I actually went through a really tough time a couple of years ago, and being able to just talk about random things with random people was really good for me, and that actually helped me get over it.”

Eliot participated in her first Full Play Camp with kSp at seven years old after her best friend invited her to join. Full Play Camps are opportunities for students to put on entire plays with 30-40 other kids and full costumes and set in a week.

“First I was working the curtains, then I was doing the makeup, acting, and doing costumes, then I was assistant managing the kids, and teaching them improv.”

Around this time, Eliot began participating in KidScape Productions school day and after school programs,which she says helped her tremendously with day-to-day communication. After three years of After School Programs followed by a brief hiatus, Eliot took an interview class with kSp, where the owner and founder of the company, Christiana Frank, offered Eliot an internship.

This interview class was coordinated by the Washoe County School District Gifted and Talented program, which brought KidScape Productions in to run and assess Applied Improvisation for interviewing skills in grades 9-12.

Now, as an intern, Eliot helps teach improv at the very same school where she once took classes, and loves the opportunity to help teach kids improv. After taking on a leadership role during Play Camps, it’s a natural transition for her.

“I’ve known how to manage these kids in classes. I was basically already this role when I was taking the classes, myself. It just comes pretty naturally,” she said. “Like, I know how antsy this kindergartener is feeling, and how to make it fun for him to be under control.”

Not only is her role as an intern and teacher a perfect fit, but it’s also an incredibly rewarding role for Eliot.

“I love seeing them using what they’ve learned, and progressing in stuff. It’s only the second lesson and I can tell that something is being retained, and at that age, you don’t know where they’re going to take it. You don’t know how they’re going to use it, and it’s pretty cool to know how much opportunity there is in just being with them.”

In school, Eliot uses lessons from KidScape Productions to coordinate group projects and give her confidence for effective public speaking. At home, she uses lessons to be an active listener and an active participant in conversation. After spending such a significant portion of her life involved with kSp, she finds that the lessons and tactics from her improv classes come naturally to her.

“It’s kind of just like second nature,” Eliot said of her ability to deliberately use lessons from kSp in everyday situations. “I’ve been doing this forever.”

When Eliot first started kSp, she only knew one friend that attended the full play camp week.  She recalls how nervous she felt after that friend no longer came to the Camp:

“I was like, ‘Oh, what do I do? There’s no one here to talk to.’ [KidScape Productions] made that transition from her being there to her not being there really, really easy, because I could get up and make new friends in that community. They’ve given me so many connections and skills.”

Eliot is now a far cry from the nervous seven-year-old in her first full play camp with KidScape Productions. She is currently a member of the Future Business Leaders of America, a club which teaches high school students how to succeed in business, but Eliot feels that kSp has essentially given her a head start.

“We get to go to Vegas and do all this fun stuff. We have to create these presentations, but my presentation that I was assigned is completely improv,” she explained. “I’m actually really excited about it because I’ve done all this.”

Without a doubt, Eliot feels confident in the knowledge she has gained from classes and camps with kSp. Now, as an intern, Eliot has a whole new side of things to learn, and she’s excited for the road ahead.

“Having the internship will help me learn stuff that will get me scholarships and get me on the road to college,” Eliot said. “One of my biggest goals in life is to travel. I want to learn about cultures and people, and I know for a fact [KidScape Productions] is going to help me do that.”

Eliot plans to start college by studying international business, and is open to changing her course of study as she figures out where her passions lie. Whichever path she ends up on, she knows that she will bring the lessons of kSp with her to travel that path with a lot more confidence.

The ability to connect with diverse groups of people is especially important to Eliot, and she even has a theory about it:

She has molded this observation into something that she can draw from in her own life, in places literally around the world.

Looking back on hard times, Eliot is able to see ways in which KidScape Productions helped her move through tough situations with the support she found in her classes. She found that this was especially true in recent years when she went through a particularly hard time.

“[KidScape Productions] really helped me. I was staying in bed a lot, I was not feeling well, and [it] was just so much fun that I couldn’t pass up the opportunity,” she said. “I just got up there, and they were so happy and smiley, and it was so easy to get back in the groove of things. A few weeks after I did the Play Camp, I was starting volleyball again and going to school more. It was really, really great to be around all these people who were just as uncomfortable as I was.”

At such a young age, Eliot is already leaps and bounds down the path to success. Where that path ends up, specifically, is anybody’s guess. But, in life, as in improv, she’ll make it up as she goes along.  -Written by Kyle Goulston

One week left to register for full session discount!

KSP Fall Classes All of our classes are now online for registration. One week left to register for full session discount!... read more

Give the gift that keeps on giving, for a lifetime! Enter any amount and have the gift certificate emailed... read more

WINTER BREAK SCENE STUDY CAMP 2014 This high energy, engaging week will take actors through the basics of Scene Study in the... read more

Hello everyone, I recently came across this interesting article written by Mindy Keller-Kyriakides and wanted to share it with you. http://www.weareteachers.com/blogs/post/2013/01/02/how-improv-can-help-students-transfer-skills The... read more

IMPROVISATION FOR SOCIAL ANXIETY? How improv classes at The Second City can help people with social anxiety. https://www.youtube.com/watch?v=4cDGLFblXc4&feature=youtu.be Games NOT just for... read more

Check out what Wayne Brady has to say about improv and why it is important. (Around the 3 minute... read more

Improv Comedy and Kids: Can They Learn How to Better Deal with Life Using Improvisation?

We constantly hear about the differences between standup comedy and improv comedy, though we seldom hear about how either... read more

https://kidscapeproductions.com/donate-to-kidscape-productions/ Reno: Need a tax write off while feeling GREAT that you are helping a local child/teen with confidence? 100%... read more

Now accepting registrations for our afterschool improv classes throughout the Washoe County School District. To find out if we... read more